If there has been one thing which has been interesting me of late it’s the link between footballing success and place. The question being is where a club is from the main factor which determines it’s success and how do changes in the local, regional or national economy affect clubs.  On top of this I’ve also been interested in the fortunes of two club towns, one of which happens to be Nottingham.

Somehow I came across this data on Nottinghamshire colliery closures and wondered what would happen if I plotted them on the same chart as the average combined league position of Nottingham Forest and Notts County. The result is this chart which appears to show that a decade of closures has coincided with a decline in the relative position of Nottingham as a footballing town. This is of course not enough on it’s own to suggest causality, but it does provide something to think about. 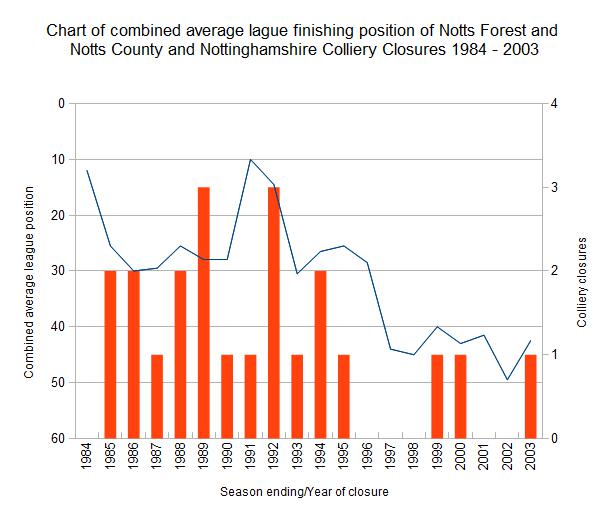